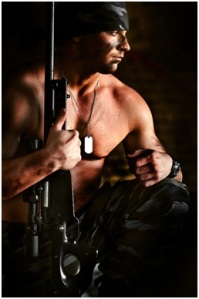 Once the Apocalypse has come, finding safety, food and water, and shelter will be high priorities. It will mean the difference between life and death…and cause a lot of fighting. Groups that have diligently gathered and stocked will be under attack from those who have not. The group with the best defenses will end up with the spoils.

Women and children will also be fought over, as will differences in religion, race, sex, and others. Hundreds of small clans will spring up in the months after the war, all with people needing to be fed and cared for. Those with enough may try to share it, but as soon as word spreads about their stockpiles, attacks will come.

The law of the land after the Apocalypse will be strength. Those who have it will be in control of their lives. Those who do not will be at the mercy of their fellow-survivors. Those hoping for a fast return to order and civilization will be caught unprepared if they wait too long.

The groups that get ready or simply handle the problem with harsh methods will have the highest chance at survival, like in the clip below from my new release.

“Seven very gifted survivors are destined to rebuild their country after a nuclear apocalypse…If they can stay alive long enough to find each other. Impossible to put down.” – The Review Blog

We’re going to war, Neil thought. A quiet excitement began to fill him, along with a lot of questions, as he tilted the paper for Doug to see. He kept his mouth shut though, very aware of a third party lingering behind Adrian who was close enough to listen.

“We’ll reach the mountains within 10 weeks, even if we only travel half that time, and we need to handle something before we settle in for the winter.”

His tone was flat and both men understood it was time to do what they’d wanted to when Angie and Marc had first come.

Cynthia edged closer. Neil flashed a warning glare and she stopped, but didn’t take the hint to go away. “Are they really that close?”

Adrian was sure the rest of the camp would soon know, too. The reporter looked very average in her white top and tan slacks, but he understood she was dangerous when she smelled a story. That was why she wouldn’t be in camp for the battle.

“Yes. Soon we’ll all get a cozy winter of relaxation together,” he said sarcastically. Adrian turned back to Doug and Neil. “We’ll leave right before lunch and we’ll need 3-4 days worth of supplies. Get on it.”

Doug and Neil rushed off and Adrian tried not to jump as Angela appeared at his side, pushing a hot cup of sweet tea into his hands. She was getting better and he tried not to let her feel his sadness or his jealousy at the twinkle in her eyes.

Angela nodded politely at Cynthia, who she still considered a stranger, and then turned her back on the reporter while she dug mercilessly into her mind. Rick and Maria were lessons she would never forget and she was now searching all of them at every contact. It was exhausting.

The wind gusted as she and Adrian locked eyes. “Be at the mess in an hour.”

She hated the bloody images filling his mind, the fact that she was condoning it and she leaned closer, keeping her voice low, “I know we have to do something, but why does doing the right thing feel so wrong?”

He shook his head at the near mirror of Brady’s concern. “Never said we were doing the right thing. That wouldn’t work anyway. These guys don’t play by the rules. We’re headed out to do the one thing we can. Kill them or die trying.”

Full of realistic and fantasy situations, the Life After War series is a combination of more than 7 genres, so there’s a good chance of everyone liking it and learning a few things about survival at the same time. You can get a free copy at the link below, of the first book in the series. It’s free for all of this year to celebrate the possible end of the world on 12/21/2012. 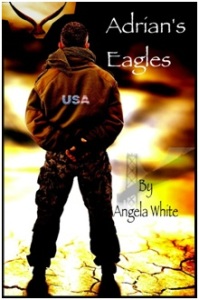 Adrian’s Eagles Three months after the War of 2012, Safe Haven refugee camp has made it to South Dakota and now holds six of the seven special survivors meant to lead the rebuilding of their country -but it can’t be done until they find a safe place to settle… and who can think of peace when there’s a huge camp of foreign invaders less than a day behind their group and they only want one thing? Safe Haven and everyone inside the light.

Watch the trailer for this series

Free-The Survivors-The bestselling novel that started it all.

More Scenes of the Apocalypse

BTW, a huge thanks to Shauna Klein for hosting me on my Scenes of the Apocalypse release tour. Have you read Peaceable Kingdom yet? It’s only $0.99! I just downloaded a copy to my Kindle. Gonna have a great summer of reading by the time I gather up all these new books!

I’m a freelance writer, website designer and overall Jill of all trades that lives in sunny and stormy Florida. Shauna Klein is my pen name and I’m married with children that have fins, feathers and fur. I have a short story in the Cemetery Dance book In Laymon’s Terms and a blurb in the book The Ice Limit by Douglas Preston/Lincoln Child. I also have short stories on Amazon that can be found by searching for Shauna Klein.
View all posts by Karsun »